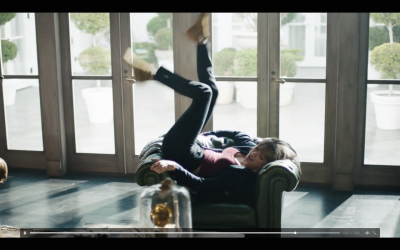 Taylor Swift dances on furniture to promote Apple Music — Taylor Swift has a new commercial out for Apple Music. Apple hasn’t posted it to YouTube as of this writing, but Swift posted it to Twitter. In the spot, she revels in having a quiet night alone and proceeds to dance on furniture while singing along to The Darkness’s A Thing Called Love. The spot ends with the tagline “Dance like no one’s watching.” [Or is she promoting furniture?]

Apple’s approval time for new App Store submissions sees a speed-up  — Apple has cut the approval time for new submissions to its App Store from more than a week to less than two days, part of a broader push to increase revenue from services including mobile applications, according to Bloomberg — citing data from AppReviewTimes.com, which analyzes user-submitted data.

DeskConnect 1.2 review: file transfer app rises from the digital scrapheap better than ever — DeskConnect launched in 2013, when Apple’s mobile landscape looked very different. Even with the release of iOS 7 just around the corner, file-sharing was still a clunky, complex process, with Airdrop limited to like platforms and iCloud Drive still a year away. The DeskConnect app might have been a workaround, but it was the kind of solution many were looking for. But as AirDrop [which still only works 50% of the time for me] and iCloud Drive matured, DeskConnect failed to keep up.
Now a surprise update has given the free cross-platform file sharer a new lease of life, and its modern features and streamlined interface are worth dusting off the digital dust and dragging it back onto your main home screen. It’s on the iTunes and Mac App Stores.

60-Second Video Tip: exporting data from Apple’s Health app — You have your Apple Watch, your Withings connected scale, your Qardio blood pressure cuff, and a number of other devices and apps to capture your health data. At some point, you may need to share years of information with a healthcare professional or trainer, and this video will show you two ways of doing that.

SpamSieve — I mentioned this software yesterday and today I see a full review of it on Macworld: “C-Command Software’s SpamSieve has been around since 2002 and is hands down the best spam filtering software for Mac. Unlike the brute-force filters on servers, SpamSieve learns from your email. If you get lots of emails that contain certain words, SpamSieve learns that these are normal, and sends them to your inbox. However, if spam gets through, you just select one or more messages and press a keyboard shortcut to tell SpamSieve that they are spam; the app learns from that too. And it’s incredibly accurate…” It costs US$30 (about NZ$45).

Vanity Fair, Taylor Swift and Apple — Taylor Swift is featured in the September issue of Vanity Fair in a cover piece titled, ‘Taylor Swift Reveals How She Stood Up to Apple.’ In it, she revealed she was scared of a backlash against the open letter she wrote criticising Apple for not paying royalties to music streamerd during an Apple Music trial period, and surprised at the warm reaction it received. An example: “Apple treated me like I was a voice of a creative community that they actually cared about. And I found it really ironic that the multi-billion-dollar company reacted to criticism with humility, and the start-up with no cash flow [Spotify] reacted to criticism like a corporate machine.”

Dealing with iPhone 6 freezes — If you’ve experiencing problems, try the following solutions in order but only after you’ve backed up your iPhone data to your iCloud or iTunes.

Apple Music’s potential is bigger than even Taylor Swift can see —
It’s good that Swift’s open letter helped Apple see the folly of asking artists to go without royalties for three months. But Apple Music could pay larger dividends. [She ‘beat’ Apple – she also gained a ton of worldwide press for Apple Music …]

Joy of Tech immortalises Taylor Swift schooling Apple — The big news over the weekend was Taylor Swift’s blog post callout Apple out for not paying royalties to artists during the three month free trial period for Apple Music. The Joy of Tech, the long running online comic about the tech world, offered up its take on what played out with a decidedly 1984 spin. It’s great (left), and it’s also a nice reminder that Apple needs to make sure it never becomes what it fought against over 30 years ago.

Eddy Cue on Swift — Eddy Cue, Apple’s senior vice president of Internet Software and Services, sat down with Billboard to discuss his company’s recent experience with singer Taylor Swift. The musician refused to make her current album, 1989, available to Apple Music streaming as long as artists were unpaid during the forthcoming service’s three-month trial period.

Tim Cook says Watch attracting more developer interest than iPhone, iPad at this point — The Apple Watch has only been available for a very short time, but it’s already attracting more developer interest than the iPhone or iPad did early on. That’s the message Apple CEO Tim Cook gave to an interviewer from the Chinese-language version of Bloomberg Businessweek.

Monster’s lawsuit against Beats recalls long relationship with Steve Jobs, Apple — The ongoing legal tussle between Monster and Beats over the way in which Jimmy Iovine and Dr Dré assumed control of the company in the run-up to its acquisition by Apple has focussed the spotlight on the many ways the two music moguls worked with Apple and late cofounder Steve Jobs over the years.