Apple becomes first US firm to cross $800B market cap threshold — After achieving a market capitalisation above $800 billion in after-hours trading on Monday, Apple on Tuesday became the first US company in history to cross that market value border on a closing basis.

Apple just bought a sleep tracking company — Apple is, at last, getting into the sleep tracking business. 9to5Mac reported that Apple purchased Beddit, a firm that makes sleep-tracking hardware and apps for Apple’s iPhone and Apple Watch.
Sleep tracking is one area of health data that Apple has heretofore shied away from. Apple Watch, for instance, doesn’t track your sleep out of the box, in keeping with Apple’s position that Apple Watch is designed to be charged at night.

Working smarter with Mac windows by playing Hide and Show —  Many work with a dozen or more apps running at any time, and most of them have more than one open window or tab. So, at any moment there are at least a dozen windows. So managing windows efficiently makes it a lot easier, and the easiest way to eliminate everything except what you’re working on is to hide everything except what you’re working on.
There are a couple of ways you can do it: the Hide and Hide Others commands in the Application menu (the one bearing the app’s name).

Mafia 3 blasts onto the Mac tomorrow — Aspyr has confirmed the final release date for Mafia 3’s Mac version. It’s coming tomorrow, )northern May 11th), and will support Apple’s Metal API (application programming interface).
Metal is a core graphics technology that gives apps near-direct access to the GPU [graphics processing unit]. This means faster and more efficient rendering performance across the system. Metal bypasses the OpenGL framework — which on macOS is slooow, dragging high-end Mac apps and games down in comparison to their Windows counterparts. Apple must ensure that Metal doesn’t lose its momentum.

Keyboard shortcuts are faster than reaching for the mouse — This is another skill recommended in the first chapter of Dr Macintosh (1989) and still he still recommends it to this day [as do I]. That skill is reducing your dependence on the mouse/trackpad. 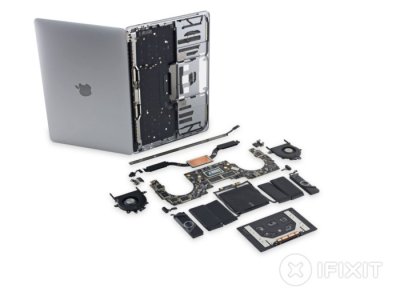 Pointless speaker grilles — If you have a new MacBook Pro with Touch Bar, don’t think putting your ears closer to the speaker grilles will make it sound louder, as the grilles are just for show: they don’t  align with the internal speakers, and the Touch Bar is too difficult to remove. 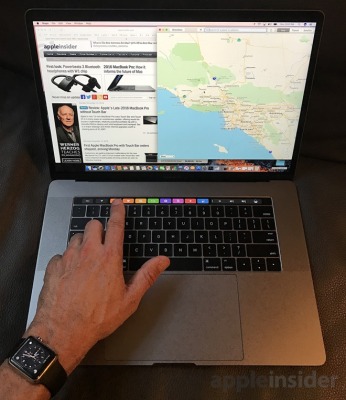 Chinese state-run media promises consequences for Apple, others if Trump starts trade war — China has threatened that a trade war against the country will result in more harm to the US, with a state-run paper threatening that the government will take “countermeasures” against Apple’s iPhone and the automotive industry if an economic conflict comes to pass.

Apple’s late-2016 15″ MacBook Pro with Touch Bar — Apple’s new Late 2016 15-inch MacBook Pro is the lightest and thinnest MacBook Pro ever, but unlike the company’s earlier ultralight MacBook Air, it packs a fast, quad-core Intel CPU and a dedicated AMD Radeon Pro GPU along with 16GB of high speed RAM and other ‘pro’ level niceties. After spending some time with the new flagship, AppleInsider came away impressed at what Apple was able to achieve. Here’s a Quick Tour video, and Apple SVP Phil Schiller addresses Touch Bar and other MacBook Pro concerns.

How to reset the NVRAM on your Mac — Is your Mac running slowly or erratically? One thing you can try is resetting the NVRAM (or “non-volatile random access memory.” It’s a tiny bit of your Mac’s memory that stores certain settings in a location that macOS can access quickly. [Make sure you have a backup before you try anything like this.]

Microsoft to bring Visual Studio to Mac later this week — Microsoft is bringing its Visual Studio development tool to the Mac, launching it during this week’s Connect() conference starting on Wednesday, according to a quickly deleted announcement.