Apple says hidden Safari setting led to flawed Consumer Reports MacBook Pro battery tests — Battery tests conducted by Consumer Reports showing inconsistent uptime with Apple’s new MacBook Pro were inaccurate, Apple said on Tuesday, explaining that the publication had enabled a hidden setting in its Safari browser. [But why is Apple telling us this and not Consumer Reports? Sometimes it’s hard to see the smoke for the mirrors.] 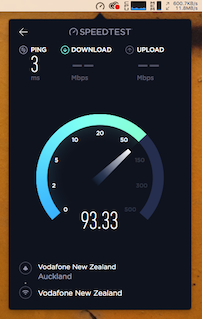 Check your Internet connection speed with the Speedtest native app for Mac — Ookla (the Speedtest folks) has created an iOS app that has been quite useful, and has today released desktop apps for Mac and Windows.
Once installed and launched from the Applications folder, Speedtest resides in the Mac menu bar so you can pull up a test at any time. If there are multiple servers in your area, a “change server” link appears so that you can see if pointing at a different server changes your results at all.
The app and service are free, and unlike the speedtest.net website, the Mac app is also ad-free.

Microsoft’s new Surface Pro 4 ad targets feature gaps in Apple’s MacBook Air — Microsoft has released a new ad for the Surface Pro 4, directly comparing the tablet against the MacBook Air, and painting it as more feature-complete than Apple’s similarly-priced product.

European Commission may rule on Apple’s Irish tax status this week — A ruling by the European Commission on Apple’s tax status in Ireland may come as early as this week. Europe’s anti-trust and consumer investigation agency has claimed that Ireland, Luxembourg and the Netherlands have attracted investment and jobs by helping big companies avoid tax in other countries, including EU members. The commission suspects Ireland was too lenient in rulings it gave to Apple and which helped the company shield tens of billions of dollars in profit from taxation. Ireland’s rate is 12.5% compared to the US 35%, but under the Irish systems, companies don’t even pay that full 12.5%… 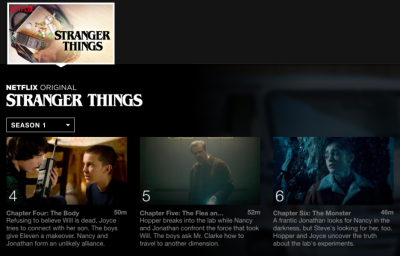 Apple-1 ‘Celebration’ motherboard auction pulls in US$815K — The motherboard believed to be amongst the first hand-built prototypes for the Apple-1 fell short of million dollar estimates, but still reaped $815,000 with a portion going to charity.

Apple gets green light to add 1000 jobs at Irish headquarters — More than nine months after Apple first announced plans to expand its European headquarters in Cork, Ireland, and amid an EU probe into questionable tax practices, the company was recently granted approval to add 1000 people to its workforce over the next 18 months. 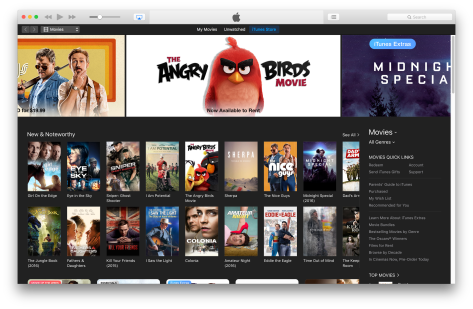 Only Apple Music subscribers will get to watch Apple’s live music fest this year — Maybe it’s a good time for Elton John and Britney Spears fans to activate that three-month free trial.

What you need to know about the US Defending Apple’s European taxes — Apple has an interesting, and powerful, ally in an ongoing feud with the European Commission (EC). The US Treasury Department published a white paper Wednesday that condemed EC investigations into Apple and other US companies’ tax practices. 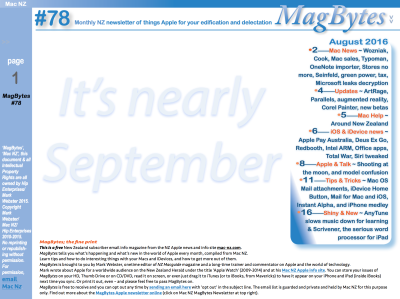 Here it is (it looks like that
<—) people, MagBytes 78, with a roundup of the latest Apple, Mac and iOS news for August, plus  tips, tricks and some new products.

Obduction, Myst’s spiritual successor, is now available — Years in the making, today Cyan released Obduction which, as they term it, is the ‘spiritual successor’ to their once immensely popular game Myst. Like its predecessor, Oduction is built to take you on an immersive and non-linear story through worlds of wonder and mystery. You can get it from here, for US$29.99 (also via Steam).

Tim Cook’s crucial role at Apple extends well beyond his 5 years as CEO — Though Wednesday marked the five-year anniversary of Tim Cook officially taking reins at Apple, he actually oversaw the company’s day-to-day operations well before he was named CEO, and during some of its most difficult days.

Nine out of 10 Apple Music users have listened to or created a music-streaming-service playlist — A new study released by MusicWatch, a company providing consumer research for the music industry, profiled the usage patterns, playlist preferences, discovery habits and creation habits of music streamers. The study found that 90% of music streamers have listened to or created a playlist. Paid or “premium” subscribers were the most active, with eight in 10 listening to their service every day and half listening to a playlist every time that they use the service to stream music.

Not even NSA can keep Software Exploits secret — Twice in two weeks we’ve had solid reminders that exploits and legitimate software keys can be mishandled, even by experts. These events serve as practical certification that Apple was right in its theoretical stance to fight the FBI’s demand to create GovtOS. 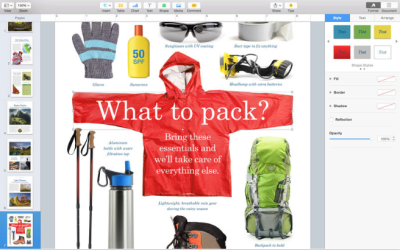 Apple has released updates to all of the iWork apps — The updates (also for iOS) primarily do two things: provide bug fixes for compatibility with Microsoft Office documents and make the apps more stable. The Mac update fixed an issue in Keynote when exporting presentations as images, and another with master slides that included links. Pages on the Mac (NZ$24.99 or free on all Macs released in the last 18 months) can now open some Microsoft Word documents that were previously impossible to open, plus it resolves an issue that prevented the use of Look Up for words in lists. Numbers can now open more Microsoft Excel spreadsheets.

How to use Up Next on iTunes — iTunes and the iOS Music app both offer Up Next, a way to queue up music you want to listen to. They work in very similar ways, allowing you to add music to the Up Next queue, change the order of tracks in the queue, and remove specific songs from Up Next. Let’s take a look at how to use Up Next in iTunes and the iOS Music app.

Apple seeds OS X Yosemite Public Beta 6 to testers — Apple has pushed an update to the public beta of its next-generation desktop operating system, granting members of the prerelease program access to a sixth revision that brings it up to speed with the version released to developers late last week. Public beta members will find the new version available via the Updates tab in the Mac App Store.

Notability for Mac brings ink to the desktop — Macworld reviews the Mac version is a no-brainer if you’re invested in Notability on iOS. But it’s $10 and there are lots of free note takers (including the Apple one every Mac already has, Text Edit).

Breakthrough batteries last 20 years, charge 70 % in two minutes — Battery tech is a limiting factor in the design of many of today’s technologies. Researchers at Nanyang Technology University say they’ve discovered a way to build a better battery, however — a battery that charges in mere minutes and lasts an amazing 20 years.