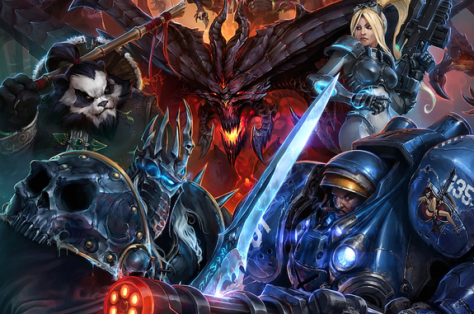 20 best Mac games of 2015 — Macs don’t get as many games as Windows PC, or as quickly, but the releases have improved steadily in recent years and we’re getting a nice mix of AAA heavy-hitters and a lot of the top indie games.
Macworld’s monthly Mac games release column aims to put the latest and greatest titles on your radar, but if you haven’t kept close tabs on Steam, the Mac App Store, or other storefronts this year, consider this a cheat sheet: the 20 most intriguing Mac games from 2015 (slideshow).

15 Startup Key Combinations for Mac — Bryan Chaffin writes that your Mac and OS X have a variety of startup keys and key combinations you can use to affect how the device starts up. Shift key, for instance, starts your Mac in Safe mode, and C (or c) starts up from a bootable CD, DVD, or thumb drive. Command-S is for “single-user mode,” which essentially means booting to the command line.

Apple to pay Italy $348M, sign accord to circumvent allegations of unpaid taxes — To settle charges that it failed to pay corporate taxes, Apple will pay Italy’s tax agency some 318 million euros — about US$348 million (or about NZ$508 million) — and sign an accord on managing its liabilities from the 2015 fiscal year onwards, a report said on Wednesday.

Issue #3 of MyApple Magazine has been published — It’s ready for you to download. (This is created by Apple World Today.)

Review: IK Multimedia Studio Mic is a portable, flexible, essential piece of kit — Lester Victor Marks reviews it on appleinsider. With both Lightning and USB connectivity, the mic covers all the basic needs for a podcaster or musician, we’re impressed by the IK Multimedia Studio microphone. But with a US$139 price tag, and the inability to support in-call audio from Apple in iOS, we feel like it’s a good product that’s let down by iOS for one common podcasting use. [My own review appeared here in July – it’s under Reviews on the right.]