New technique reveals hidden infant planets orbiting a newborn star — Since the 1990s, scientists have detected thousands of exoplanets orbiting distant stars, but the discovery of baby protoplanets embedded within stellar expanses of gas and dust has proven to be a challenge. An international team of astronomers has used a new technique to finally discover not one, but three infant planets around a newborn star – an incredible finding that’s affirming long-held assumptions about planet formation.
~ My long-held assumption about planet formation was that it was all a mystery.

Stellar diamond dust — New research published in Nature Astronomy suggests the interpretation that ‘anomalous microwave emissions’ detected in space were caused by a ‘new type of particle’ was wrong: it seems they’re caused by clouds of nanodiamonds located within embryonic star systems.
~ Jewellers salivate and start training for space travel…

NASA makes two decades of satellite images of Earth available to the public — The longest continuous daily satellite observation record of Earth ever compiled is now available for all of us to peruse.
Multiple instruments aboard NASA’s Terra and Aqua satellites, launched in 1999 and 2002, respectively, have kept close watch on the virtually the entire planet for nearly 20 years. Now, for the first time, the entire treasure trove of imagery and scientific information is available for exploration in Worldview, (main picture, above) an engaging, interactive web-based application.
~ And NASA didn’t forget New Zealand.

But wait, there’s more! You can now search your address across 750 million years of Earth’s history — Ever looked at a picture of the supercontinent Pangea and wondered where your current address would have been 250 million years ago? A new interactive map provides this very service, allowing you to see modern locations across 750 million years of our planet’s history.
This awesome 3D map is the brainchild of Ian Webster, curator of the supremely impressive Dinosaur Database.
~ No relation to me, as far as I know. 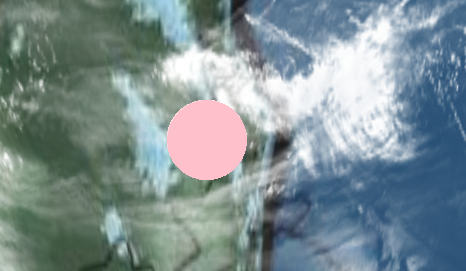 This is me 240 million years ago… looks nice, right?

Flexible fins makes for a very agile swimming robot — Festo’s new BionicFinWave robot isn’t the first underwater automaton that replicates the movements of creatures like cuttlefish or marine planarians. Robotics engineers have been working to replicate Mother Nature’s designs for decades, and when it comes to swimming, the undulating fin approach is one of the easiest.

Seeing you through walls with WiFi — Researchers at the Massachusetts Institute of Technology have developed a new piece of software that uses wifi signals to monitor the movements, breathing, and heartbeats of humans on the other side of walls. While the researchers say this new tech could be used in areas like remote healthcare, it could in theory be used in more dystopian applications.
~ Spies rejoice. China’s ‘government’ rejoices too.

Disappearing Californian languages being saved thanks to optical scanning — Project IRENE is using cutting-edge optical scan technology to transfer and digitally restore recordings of indigenous languages, many of which no longer have living speakers. The recordings were gathered between 1900 and 1938 when UC anthropologists asked native speakers of 78 indigenous languages of California to record their songs, histories, prayers, and vocabulary on wax cylinders. The Documenting Endangered Languages initiative, which has support from the National Science Foundation and the National Endowment for the Humanities, is hoping to save this important history.
~ And then to decipher them … nearly 80 just from California shows you how diverse the American First Nations languages were.

Cars made from plants — Materials-science researchers are finding that plant fibres can add durability and strength to substances already used in the construction of buildings and in goods that range from toys and furniture to cars and aircraft.
A big bonus is that, because plants lock up carbon in their structure, using their fibres to make things should mean less carbon dioxide is emitted.
~ Not surprising, really, considering how long plant fibres have been adding durability and strength to, you know, trees and that.

DeepMind has developed a self-training vision computer that generates a full 3D model of a scene from just a handful of 2D snapshots — The system, called the Generative Query Network, can then imagine and render the scene from any angle. GQN is a general-purpose system with a vast range of potential applications, from robotic vision to virtual reality simulation.
~ It has so far only been tested on simple scenes containing a small number of objects, but still.

The US military is prototyping new wearable ‘third arms’ to enhance soldiers’ combat abilities — These include an exoskeleton similar to those being trialled for factory workers, and a prosthetic arm device officially named the Third Arm, meant to make heavy machinery feel weightless.
~ Innuendo alert!

99-million-year-old bug in amber — Featherwing beetles are some of the smallest insects out there but a researcher managed to spot an ancient specimen in a 99-million-year-old chunk of amber. Just half a millimetre long, this Cretaceous period beetle had its signature fringed wings unfurled when it met its sticky demise.
No, not that big, unidentified insect at right; Jason is the teeny beetle at the very bottom.
~ Jason, found in Hukawng Valley in northern Myanmar, is now the oldest known member of the featherwing beetle lineage.