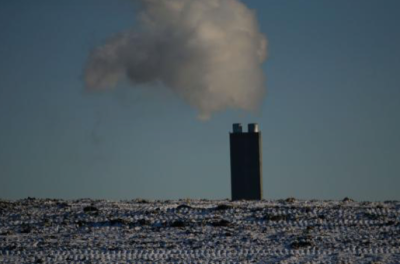 But wait! There is more from the a-holes at Cambridge Analytica — Cambridge Analytica got its hands on millions of people’s Facebook likes in 2014 by getting an academic, Aleksander Kogan, to design an app with a personality test that hoovered up data from the 250,000 or so Facebook users that took it, as well as from their millions of friends. Cambridge Analytica then used all those likes combined with the magic of big data to help put Donald Trump in the White House. But that’s only the half of it ….
It may be a while since you’ve heard the handle Guccifer 2.0, the hacker who took responsibility for the infamous DNC hack of 2016. Reports from the intelligence community at the time, as well as common sense, pegged Guccifer 2.0 not as the Romanian activist he claimed to be, but a Russian operative. He messed up once, and now Guccifer 2.0 has been fingered as a particular GRU officer working out of the Russian agency’s headquarters on Grizodubovoy Street in Moscow.
AI outsmarting its creators — A paper recently published to ArXiv highlights just a handful of incredible and slightly terrifying ways that algorithms think.

Gyre-normous — The Great Pacific Garbage Patch (GPGP) is filled with 79,000 metric tonnes (87,000 tons) of plastic, and that’s between 10 to 16 times higher than previous estimates, according to new research.
Marine researchers say recent sea star wasting disease epidemic defies prediction. Some sea star communities on the west coast could recover, but marine scientists still can’t pinpoint the environmental factors behind the unprecedented disease outbreak.
The number of people short of water could rise to 5.7 billion people by 2050. Currently, about 3.6 billion people are estimated to be living in areas with a potential for water scarcity for at least one month per year.

China’s terrifying “social credit” system isn’t planned to be fully implemented until 2020, but we’re already seeing facets of it being put in place. In May, people who have committed acts of “serious dishonor” will reportedly be unable to travel on trains or flights for up to a year.
And China has approved the creation of one of the world’s largest propaganda machines as it looks to improve its global image. [Greetings from George Orwell, and good luck with that.]

Space-X made a hole — The Falcon 9 rocket that launched last August reportedly ripped a temporary hole in the ionosphere due to its vertical launch.

Cell tower cancer link — Researchers with the renowned Ramazzini Institute (RI) in Italy announce that a large-scale, lifetime study (PDF) of lab animals exposed to environmental levels of cell tower radiation developed cancer.
A massive new study concluded that lead is 10 times more dangerous than thought, and that past exposure now hastens one in every five US deaths. Researchers at four North American universities, led by Bruce Lanphear, of Simon Fraser University in Vancouver, studied the fate of 14,289 people whose blood had been tested in an official US survey between 1988 and 1994. Four fifths  had harbored levels of the toxic metal below what has, hitherto, been thought safe.

People asked to name women tech leaders said ‘Alexa’ and ‘Siri’ — The tech industry has a persistent problem with gender inequality, particularly in its leadership ranks, and a new study from LivePerson underscores just how depressingly persistent it truly is. When the company asked a representative sample of 1000 American consumers whether they could name a famous woman leader in tech, 91.7% of respondents drew a complete blank, while only 8.3% said they could. But wait, it gets worse: Of those 8.3% who said they could name a famous woman tech leader, only 4% actually could — and a quarter of those respondents named Siri or Alexa. [OMFG.]

The duelling visions for how humanity will survive — By 2050, the world’s population will top ten billion. As industrial capitalism evolves across the globe like no time in human history, will our planet’s ecosystem be able to sustain itself during this rapid transformation? Charles C. Mann’s grapples with these problems in The Wizard and the Prophet.
We’re sleepwalking into a mass extinction, say scientists. The most biodiverse aquatic communities may be the most vulnerable to extinction. Arctic wintertime sea ice extent is among lowest on record. [But some of us are looking at the stars. We could become a galactic wrecking crew rather than just an Earthbound one.]

But yes, there’s a little good news: A few decades ago, the Aral Sea was the world’s fourth-largest freshwater lake. But in the 1950s, it became the victim of the Soviet Union’s agricultural policies. The Aral Sea began to disappear and nearly completely vanished. But things have changed for good. Its total area of water, straddling Kazakhstan and Uzbekistan, is now a tenth of its original size. What’s left has broken into two distinct bodies: the North and South Aral Seas. In Uzbekistan, the entire eastern basin of the South Aral Sea is completely desiccated, leaving merely a single strip of water in the west. But Kazakhstan’s North Aral Sea has seen a happier outcome, thanks to a nearly $86 million project financed in large part by the World Bank. [Great, huh? Hah!]