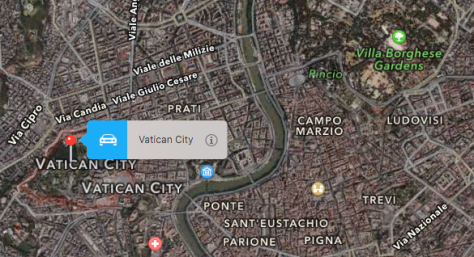 Cook meets Pope — A peek at the schedule of Pope Francis has revealed the head of the Catholic Church met with Apple Chief Executive Tim Cook on Friday, though what the two discussed has not been disclosed.

Apple’s ‘Project Titan’ chief to reportedly leave company, car team under pressure — Apple veteran Steve Zadesky, thought to be heading up the company’s Project Titan automotive initiative, has informed colleagues he plans to leave the company, according to a report published Friday.

Apple shares finally close above $100 again — Apple shares closed above US$100 on Friday. The stock closed at US$101.43, up more than 5.1% in trading for the day from its previous close of US$96.30. In anticipation of a good to great financial report from the company, perhaps?

Understanding iCloud storage, issues with songs ratings — Apple gives you 5GB iCloud storage for free, but do you know what you can do with it? Does it have anything to do with music in the cloud, or on your iPhone or iPad?